The Torus and how the Universe was created


The Torus is the oldest structure in existence and without it nothing could exist.

The toroidal form figures heavily in the esoteric study of Sacred Geometry...a meta-science that reveals how shape and mathematical form are primary underlying principles of manifestation.

The Torus is self-organizing. Self-Organization Is a process whereby an overall order appears from specific interactions between individual parts of an initially disordered system. The process is spontaneous and happens without control from an external force. The system inherently knows how to create order from chaos.

The Torus is the self-regulating primary pattern that supports life forms.

What a torus looks like and how it interacts with vortices and other aspects of sacred geometry is the subject of argument.

The movie Thrive, Nassim Haramein, Marco Rodin and others depict the tube torus with external vortices (see left image in the diagram below). They speak of the white hole as am emitter and the black hole as an absorber. The zero point as a tiny space of no-thing in between the two vortices. They call it the Toroidal Vortex Model.

My Guides described the Torus as a plane stretching into infinity with two nipples, one on the top and one underneath. This caused me to question the commonly depicted tube torus with external vortices. I began to seek what I came to call the ‘Plane Torus’.  I found the 'Spiral Vortex Model'.

As with all energetic unseen constructs we may only become acquainted with the real nature of the construct if we perceive it psychically. Dr Walter B Russell  (May 19, 1871 – May 19, 1963) saw the structure psychically.   Dr Russell was an impressionist American painter of the Boston School, a sculptor, natural philosopher, musician, author, and builder. The New York Herald Tribune called him "the modern Leonardo", a Renaissance man for the twentieth century. Russell was considered by some a polymath. He has left a legacy that centers around his unique Cosmogony, or concept of the universe.  He spent many years writing about the nature of humankind's relationship to the Universal One and the various degrees of consciousness. His work appeals to those who are not only seekers but scientist, or those where that division ceases to exist. more

In May of 1921 Dr Russell had an out-of-body experience he called Cosmic Illumination. New knowledge was revealed to him ‘in the Light’ as he put it. Debates with scientists and several books followed as he tried to explain his new knowledge.

Dr Russell's version of the structure of the torus complete with the vortices, and zero-point sphere, releasing energy out into a plane, is known as an aspect of Russellian Science and is termed the Spiral Vortex Model. Dr Russell said that the vortices were male and female electrical generators both spinning in the same direction. The tori within the vortices were tonal resonators.

The Organic Laws of Multi-dimensional Physics is the genuine sacred science and I believe the Russellian interpretation is the correct one. It is closer to my Guide's description.


The Tube Torus is similar to a donut in shape. Torus comes from the latin word for cushion.

Electrical engineers are very familiar with Tube Tori. Typically a copper torus transformer may have an input of 220V with an output of 110V.

I need to make it clear that only Spiral Vortex Model  is utilized in my healing methodology to un-create issues using the zero point sphere because it's an open infinite energy system. The toroidal vortex model is closed finite system.


The whole of creation exists because of the first Spiral Vortex. For many years I have been seeking the truth about how the Universe was created. The best explanation I came to understand was that in the stillness of the original void where there was only one, unified wholeness, movement occurred, as a result of our Eternal Creator's desire for expansion and experience. And in this movement space was created for some aspects of unity to move away and become seemingly separated. Yet in truth still part of the whole. Just in a different 'place'. This meant that one had become two. As a result male and female Divine were created. These two aspects then birthed a third aspect. The Trinity was established. All creation occurs as a result of this progeny who creates using sound.


This explanation was hard to conceive of until I came across this excellent computer visual of how that movement occurred. The concept was given to Itzhak Bentov and he wrote about it in his book on the mechanics of consciousness called ‘Stalking the Wild Pendulum published in 1977 two years before his untimely death in the tragic AA flight 191 Chicago O’Hare airport disaster. Itzhak calls it the Cosmic Egg and you will see how the egg morphs into the first Plane Torus.

https://www.youtube.com/watch?v=gJmBgnHsJ-A&t=18s
The sound of the two polarities of the egg coming back together was in essence the original sound - the ‘word’ as it was translated from the original ancient sacred text.


"In the beginning was the word and the word was with God". John 1:1


A slightly different type of big bang that the one Stephen Hawkins postulates.

Itzhak Bentov was a scientist,inventor,and an early pioneer in the research of consciousness. By blending analytical knowledge and intuitive insight, Bentov was the first to develop what is now widely accepted today as a holographic model of reality. This film is a short encapsulated version of his inspirational exploration of consciousness and the cosmos, presented in its original form by his widow Mirtala. Ultimately your perception of reality will be turned inside out by the facts presented in this critically acclaimed film.

I consider this work to be the best ever explanation of our evolutionary process. Just one and a half hours of viewing will change your perception of yourself and the Universe forever. You have been warned!

In the above diagram Itzhak uses the common terms black hole and white hole.  As I have already discussed the correct terminology would be male vortex and female vortex.  Both vortices pull energy in.  They emit energy via the sphere onto an infinite plane.  The sphere has also been termed the 'zero point', vertex, or singularity. In this space there is no-thing yet everything. The ultimate space of pure potential. This is the birth place of our own personal manifestations

The Zero Point Sphere energizes and enlivens living organisms. It neutralises harmful frequencies. It increases spiritual awareness, a sense of oneness, and is in our higher consciousness. This is ostensibly a void of no-thingness yet it contains full potential to create.


Because this Zero Point Energy Fields exists within our Higher Heart Chakra we truly are fully conscious empowered beings. This Zero Point Sphere contains pure potential that can be activated by the power of intention, also known as will (NB. this is not personal egoic willpower but our heart based divine will).

Love is the glue of the Universe
Itzhak Bentov

My new book Finding Truth Finding Health is now available in e book and print. A deep dive into the Hara Dimension and how creation happens. Click the link to order from Amazon. 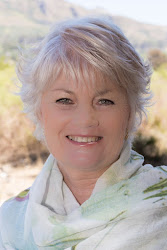 My vision is to assist human beings to :-

- connect with their own true essence

- release fears and self imposed limitations so they feel truly free

- step into, and stay in, their own power so they can positively affect their lives

- experience true invulnerability through the opening of the heart

Then, together, as individual cells of the body of humanity, we may truly assist in bringing forth the Golden Age of Truth.

Read more on About Me -page 2